The Head: The Rational. The calculated risk-taker. The responsible thinker who sees logic and values reasoning. Nothing can go wrong in their world because everything has been thought out umpteen times.

The Heart: The Dreamer. The spontaneous rebel. The creative, emotional feeler who sees possibility and values imagination. They go where their wild and carefree imagination leads them, with not a care about the process needed to get there.

So how do these two notoriously different ends of the spectrum find a way to work together? Why would the rational, calculating Head take into account the free, spontaneous Heart’s wishes and desires? Will they ever be able to work together? HOW would they ever converge into a meeting of the minds? Is it even possible?

Is there a sweet spot?

I am here to tell you, that yes there is.

In other words.. the Heart.

I recently got licensed as an official Desire Map facilitator and I am getting ready to host workshops that will finally bring together the passion and the practical.. the HEAD and the HEART.

In these workshops we will be finding the sweet spot where we can work with clarity and ease, being true to both the Head AND the Heart!

My first workshop is going to be held in Calgary, Alberta Canada in April. Interested? Sign up here.

I will also be hosting VIRTUAL workshops from April through to May. Interested? Email me so I can put you on the list.

Out of curiosity, what was the conversation like in your house (growing up) around emotions and feelings? Leave your comments below.

It is easy to make someone feel insignificant, whether it is to create a false sense of self-importance or otherwise. But to be able to make another human being feel important, to make them feel like their views truly matter.. That is a very special gift.

After all, people will never forget how you have made them FEEL.

Your state of being is a direct result of the type of thoughts that crowd your mind. So be certain to only carry with you positive, uplifting ones. 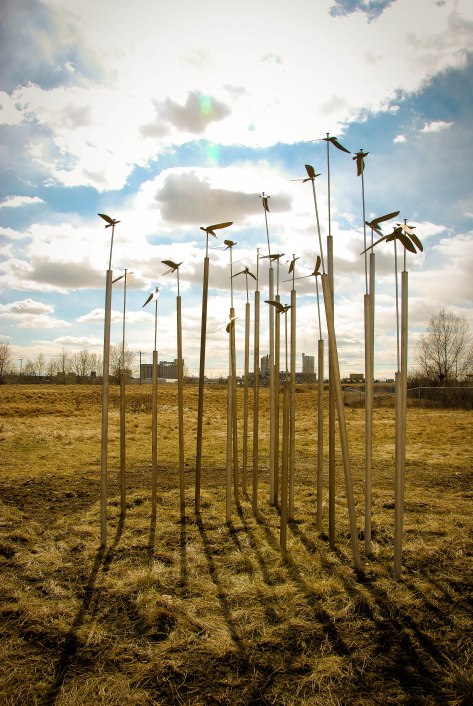 Do you feel like you are not living your life’s purpose? Know that you have a lot more to offer and want to make a real difference in your life as well as the lives of others.. but just have not yet figured out HOW?

Enter your email address below and I will personally send you a FREE copy of my ‘12 Questions to kickstart your internal purposefinder‘ right away.

While you’re at it, feel free to check out some of my other posts on Unpsychology.

A few months ago, I had a friend come to me and tell me about the frequent fights she was having with her husband. They had been married for six months (prior to which they dated for a year), but the fights – always over trivial matters – were starting to get frequent. As she told me more about these fights, I could see a pattern emerging:

While she adored her husband and made playful jokes with him with no negative intentions whatsoever, her husband took the jokes personally and got offended and angry. This led to fights between the two newly-weds, and over the course of weeks, got more and more frequent. The fights would always last a few days, with my friend apologizing in the end – sometimes for days – before her husband finally conceded and let go of his anger.

My friend would always tell me that her husband was great in every way – except for when he got angry. She had no clue why he took things personally out of the blue, and why he had such a hard time ‘forgiving’ her over such trivial matters, even though she apologized for days and really meant no harm whatsoever. She tried talking him calmly when they were not fighting, but nothing ever worked. He would put up his defenses and act like it was her fault. She was at her wits end.

I thought about it for a bit and told her to try an ‘experiment’, just to see what we could get out of this. I suggested that next time she try ending to his ‘ego’.. Tell him how brilliant and generous she thinks he is, and how she is constantly impressed by his ability to handle tasks.. Tell him how much she admires his kindness and smarts. I suggested she treat him like porcelain for a week or so, and constantly tell him how much she admires his good qualities.

The results were what I expected. She came back to me a week or so later, happy and thankful. She told me how well he responded to this approach, and they have had virtually no fights whatsoever since she tried this experiment.

So what happened here, readers? Do you think the husband is a crazy lunatic looking to make his wife feel horrible? Do you think he is ‘not right’ for her, and she should never have married him?

This is what happened: Simply put, he was/is insecure about himself. They only dated for a year, and then got married. After marriage, when they started living together they just started to get to know each other. Everyone has insecurities of different magnitudes, about different things. During the initial adjustment period of a man and a woman cohabitating together, a lot of issues surface which have to be dealt with. Insecurities present themselves front and centre, and most of the time, they make the individual feel judged or unaccepted or being themselves, and thus, they feel ‘attacked’. People have different ways of dealing with insecurities such as this, which is either the fight or flight responses. With a lot of men, who are traditionally the more ‘closed off’ sex, the ‘fight’ syndrome takes over: Since they are not big believers of ‘talking it out’ or even delving deep into the root cause of their insecurities/feelings, the only way they know how to deal with insecurities is to react a) with anger, or b) ‘close off’ even further.

At this point, communication skills is key. Now, a year of dating + 6 months of marriage is unfortunately not long enough to understand each other’s communication styles and/or to finesse the process.

So where does ego come in? Well, the size/state of one’s ego is directly proportional to one’s insecurities, as hard as it may be to believe. In the case above, when my friend ‘stroked’ her husband’s ego, he subconsciously eased up and felt more comfortable around her with his insecurities. Since he felt accepted and comfortable, his ‘fight’ response did not feel the need to emerge.

Eventually, once the communication channels become more clear and understood between my friend and her husband, she will have developed a better footing from which to address issues. Since he will feel more accepted, he will be able to open up to her and will not need to ‘attack’ or ‘fight’. She went to the root of the issue and worked it out, without having to resort to fights, arguments or further confusion.

Behind every ego is a ton of unaddressed insecurity, and unless the person has gotten violent (for which there is NO excuse), it is worth the effort to try and address the issue at the root. Now that you are armed with this knowledge, just take the time to patiently work through your partner / friend / family member’s issues. You never know what kind of wonderful rewards await the both of you once these pesky ego/insecurity issues are out of the way!